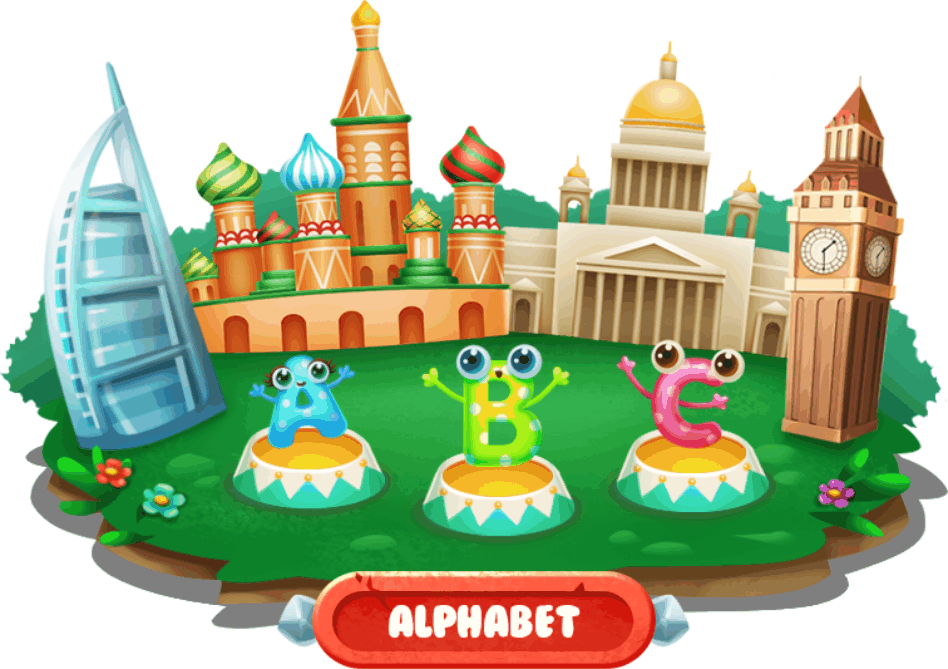 Learning alphabets for kids is even more problematic when they are having trouble learning letters. Parents also feel the pressure of having children that “know their letters” by a certain age. What adds to the pressure is that schools expect children to know their alphabet before starting. And, of course, you don’t want your kid to be at a disadvantage just because you did not do enough to prepare them to read.

When Your Child Is Having Trouble Learning the Alphabet

As a parent, you may have already spent so much time looking for alphabet activities on Pinterest. But somehow, you feel like you’re always searching for that elusive activity that is finally going to make your child’s learning experience more fun and engaging.

Kids usually get mixed up when shown more than one letter. They also often confuse lowercase and uppercase letters, as well as the letter names and sounds. Even when you go super slow and repeat the same letter activity, kids still tend to get bored during your session.

You may be starting to worry that your kid is falling behind because they’re struggling to learn the alphabet. And if this happens, you might begin to question yourself if you’re doing enough or if you’re doing it right.

So, when it comes to teaching alphabets for kids, here are some things you need to put in mind:

It’s not your child’s fault. Change your strategy!

Children are new to the alphabet, and recognizing them (and memorizing their form and sounds) is not instantly easy for them. You can’t force a child to learn all the alphabets immediately, just as how you wouldn’t expect them to ride a bike when they’re physically unable to do so.

The point is, you don’t have to worry about your child not learning the alphabet by a certain age. The interest to learn the letters will eventually come to them naturally. But that doesn’t necessarily mean you will do nothing about it and just wait for them to show interest in the alphabet.

There are tons of things you can do to introduce the alphabet to them in subtle ways. Read to your child every night, invest in interactive books, watch alphabet songs, and encourage your child to dance to them.

While these methods may not directly teach your child the letters, they are a great way to introduce the alphabet in fun, less demanding ways.

It’s also best to observe what your child really likes. For example, kids who love music may learn better through beats and dance, instead of flashcards and books. If that’s the case for your child, use music to introduce the alphabet—perhaps by watching and listening to phonic and rhyme songs.

You might have missed a step in the learning sequence

Another reason why your kids might having trouble learning the alphabet is that you might have missed a step in the learning process. It’s easy to get sidetracked with various random alphabet activities when you don’t have a clear roadmap for learning ABCs.

When that happens, you’re likely to overwhelm your child with random alphabet activities that you find on the internet. So, when teaching kids the alphabet, it’s important that you prepare a learning sequence that your children can easily follow. By doing that, it will be easier to see what your kids need to focus on at the moment.

Start small, then help your child work their way through. You can start by introducing the first five alphabets, and then gradually increase the number of letters they must learn week by week.

Further, keep in mind that it’s a common mistake to think that your child is ready to learn alphabet English for kids when they start pointing to letters and ask what they are. While many assume that’s how toddlers show interest in letters, it’s actually just their eagerness for language. They’re simply naturally building their vocabulary.

Young toddlers are not developmentally prepared for the abstract thinking necessary to understand that letters are symbols that represent a sound in a spoken language. So, the first step for them to actually understand what letters are is by developing their phonemic awareness. It is not until kids are around three years old that they become ready to become aware of the sounds in spoken words. So, if your toddler is not learning the alphabet yet, there’s no reason to worry.

Sure, some kids may be able to memorize all the letter names and sounds, but that’s not more impressive than kids being able to name various objects.

Therefore, instead of focusing on letter recognition, we highly recommend concentrating on phonemic awareness first. Otherwise, your child is just memorizing the letter names and pounds without much understanding of what each letter means. Remember, phonemic awareness is the best predictor of how well your child learns to read.

How Zoolingo Can Help Ease the Process

Clearly, teaching kids the alphabet should be done gradually. It’s not always effective to force them to sit and memorize all the alphabet letters. Not only is it ineffective but harsh for young children, too.

Some parents may jump directly into teaching their child letter recognition, but as mentioned above, doing so will just teach your kid to memorize the alphabet but not understand them.

Our letter tracing game involves phonic songs that teach kids what a letter sounds like (and words associated with it). For example, to introduce the letter A, our app first plays a phonic song of the letter (A is for apple, a-a-apple). Only after the phonic song plays we encourage the user to trace the letter.

We teamed up with professional graphic designers to make our phonic songs as engaging and vivid as possible, ensuring they capture the attention of our target users, which are toddlers and preschoolers.

Letter tracing is a proven effective way of retaining information as kids hear letters and write them (just as you would retain information when taking notes in a seminar or course).

Further, it improves their hand-eye coordination and enhances their fine motor skills, which are critical when building penmanship. Our letter tracing is the best game to teach alphabet writing for kids.

Our second game helps kids recognize the letters more through sound. In this game, we challenge children to select the letter that matches the sound. Using this strategy, we encourage children to remember the letters based on the phonic songs they have encountered in our first game, Letter Tracing.

You don’t necessarily need to move your kids to this second game until they haven’t aced the first game. Children can play our tracing game as much as they need until they master the alphabet letter sounds and forms.

Our third alphabet game revolves around helping toddlers sequence the letters by order. In this game, we show short fractions of the alphabet with a missing letter, and kids need to select the letter that will complete the sequence. This is an excellent game that will challenge children to remember the letters through visual hints or sounds.

This game will also put their knowledge to test, ensuring they recognize the letters whether they are in sequence or not. Combined with our two alphabet games, letter tracing and recognition, these activities will gradually help your child master the alphabet.

Aside from alphabet games, we have a bunch of other puzzles and activities that will widen your child’s vocabulary. Our vocabulary game involves teaching children about the days of the week, months, body parts, seasons, weather, vegetables, and fruits. We also have spelling games to maximize your child’s knowledge of letters and words. Further, we collected popular nursery rhymes that your kids can sing and dance along with.

Zoolingo is a free-to-download educational app for kids aged 2 to 7. Millions of parents and teachers have downloaded the game and seen how the game helped their children excel in writing and reading.

Supercharge your child’s early education now by downloading Zoolingo! Zoolingo is available on both iOS and Android devices.

The best children’s learning app and top smart apps for kids and set your baby up for success. Make practicing numbers, alphabets, shapes, colors, and more a fun family activity. Here, you can enjoy exciting and learning quality time together!

It's our promise, we don't rent out your data.